The history of Jurkijevic Bladesmiths

Since 1890, Vasilli Carpo Jurkijevic, blade maker and gunsmith to the Russian Tsar’s own Black Cossack regiment, baptised the family in the art of weaponry. During his time of service to the Emperor, he fashioned and oversaw others in the making of Kinjals, Shaskas and Yatagans, all of which were traditional bladed weapon used by the regiment.

Next in line, Simeon Jurkijevic took up the forge and anvil under the careful eye of his father, as well as an apprentice to the Hungarian master - Bela Bernad - a director of the Guild Board of Exotic Crafts in Subotica (Subotica is a city in what is now Serbia).

The apprenticeship included 12 hour working days, 6 days a week. As an apprentice he was required to hand forge up to 80 blades per week. Much of the shop trade was in folding pocket-knives with one or two blades, as well as cut-throat razors and traditional Balkan knives.

The apprentices were also required to construct many hand tools such as pliers and chisels that were used in the workshop. Simeon was one of the last apprentices to be trained by the Guild in Subotica, as the encroaching Communist system began imposing government-supervised training throughout the Soviet Empire.

In 1964 Simeon escaped from the then Communist Eastern Europe and worked in the restoration of medieval edged weapons, tools and wrought iron work, including in the castle Schloss Vestlas in Austria, before migrating to Australia in 1966.

Simeon's work was typical of the traditional Eastern European craftsmen who mastered forging a variety of blades, the detailed finishes in wood, horn, bone and metal, metal inlay, the setting of gemstones, etching, and the construction of scabbards and presentation cases of leather, wood, horn, metal, gemstones and glass.

Over the next 20 years he gained Australian citizenship and trade tickets in welding and fitting-turning, and worked mainly in heavy industry.

In 1986 he set up his own knife-making workshop 80km south of Darwin and worked as a full-time knife maker. 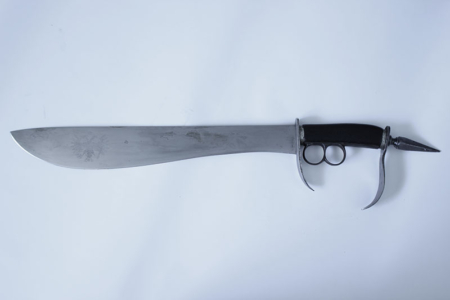 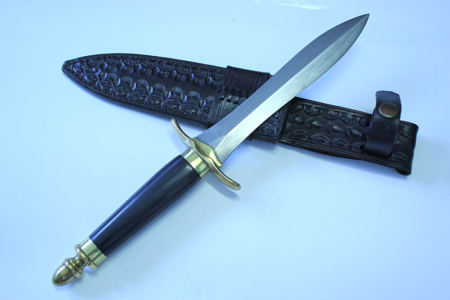 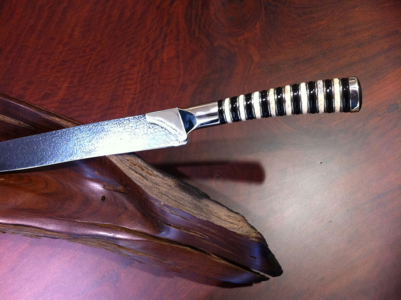 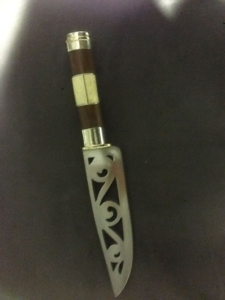 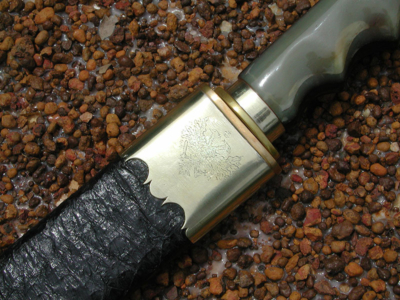 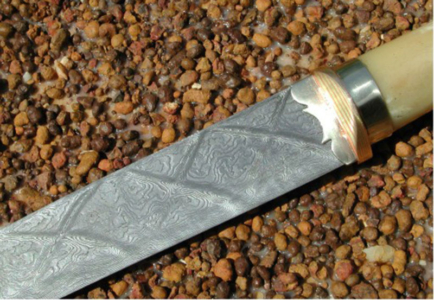 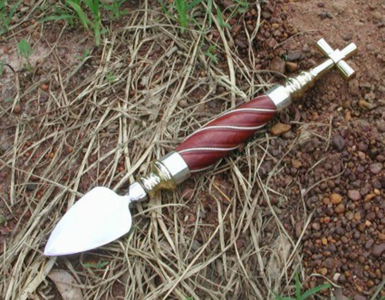 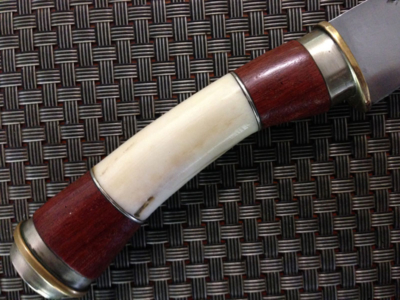 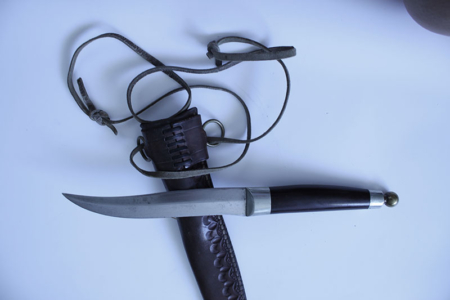 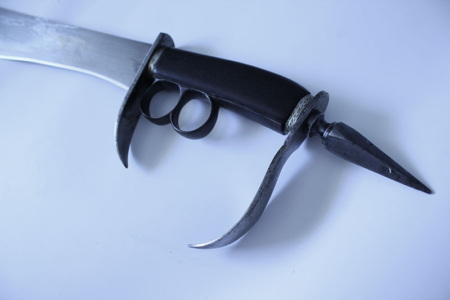 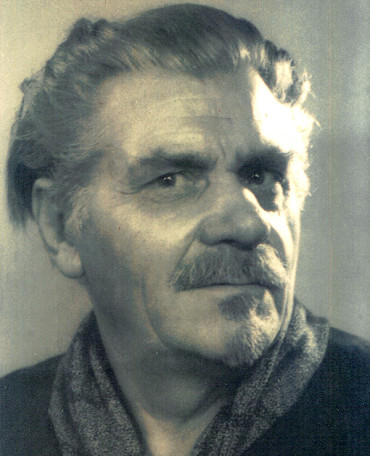 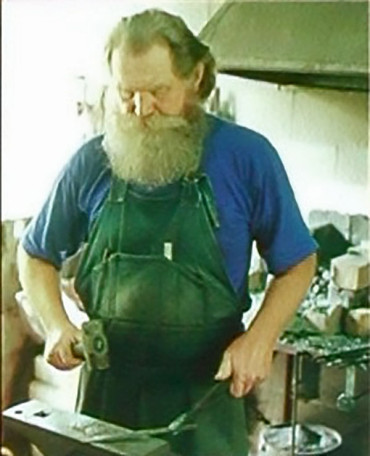 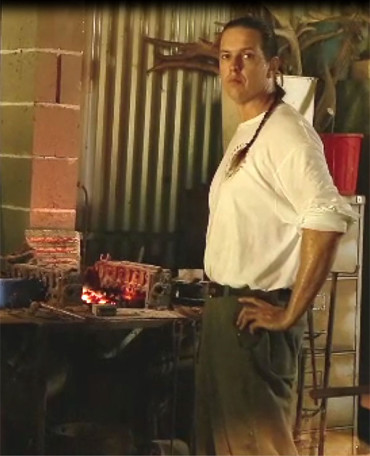 Simeon's industrial work experience increased his metallurgical knowledge and he used a wide variety of metals, but mainly forged carbon steels and made knives according to customers’ orders. His orders included chef’s and other household knives, horticultural and farm knives, hunting, fishing and bush knives, and knives traditional to the Balkan area, including Jambijas, Yatagans, Kards, Kopis, shepherd’s and bear knives.

As Fate would have it, Simeon was struck down by cancer, which weakened him to the point that he could no longer hold a hammer, before it snatched him away.

Witness to Simeon’s legacy, his son, Karl, was the only apprentice from the Jurkijevic Bladesmiths workshop and is now the Chief Bladesmith of the family business.

Accomplished in classical sculpture and charcoal drawing, Karl now combines his knife making talents with his artistic flare, adding to the teaching of his father and carrying on the family tradition with his own person touches – as the true artist that he is.

Karl is also a long time student in bladed martial arts and a formidable weapons fighter. This only adds to the complexity of the skill and talent pool which is the Jurkijevic family. With his years of study in the use of bladed weapons, Karl understands how to fashion each piece to its purpose whether it is a tool, weapon or ceremonial knife & sword.